“I am happy to help you to overcome nutrition related issues, from answering simple questions to guiding you for a period of time through the up and downs of a nutrition change. I look forward to your email or phone call.”  Petra 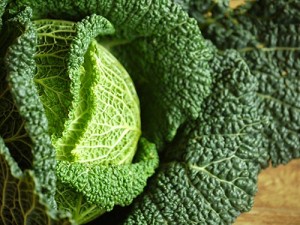 … Many basic foods and almost all fast food and convenience foods contain a high amount of carbohydrates that quickly release glucose during digestion. Bread, pasta, rice, potatoes, pizza, burgers, sweet baked goods and almost all fruits belong to this group. The glucose released during digestion is absorbed over the intestine and quickly transferred to the blood stream. The hormone insulin is now necessary to push glucose into the cells. The pancreas pumps out insulin as soon as we eat sugar and other carbohydrates. This insulin allows the cells to absorb glucose from the blood stream, normalizing the blood sugar level. This mechanism prevents an excess of sugar in the blood stream (hyperglycaemia) and the resulting damage. Insulin helps to turn the extra sugar into glycogen, which is stored in the liver and muscle tissue, but some of it is also turned into fat. If the blood sugar level sinks below a certain level, the hormone glucagon is released. This triggers the release of glucose from the glycogen depots into the blood stream while at the same time producing new glucose from the amino acids, part of the proteins. This mechanism guarantees a relatively constant glucose concentration in the blood stream.

Only few carbohydrates needed
During a fasting period, for example, most healthy cells are able to change to fat and protein for their energy production so that they need only few carbohydrates, if any. The liver can produce the small amount of glucose needed for vital metabolism processes from its amino acids. This means that it is possible to follow a diet containing almost no carbohydrates, as long as enough protein and fat are consumed. The blood sugar level is thus, kept at a constant healthy level. Because oils and fats cannot produce glucose, they immediately serve as energy sources for the fat burning process.

Body starts burning fat (ketosis)
When the usual high carbohydrate western diet is suddenly changed to a diet extremely low in carbohydrates, the body starts burning fat. Almost all cells, except those of the brain, can get their energy by burning fatty acids. The brain, which depends on a continuous supply of glucose, will still need it at the start of the ketogenic diet and will get its glucose from the liver where sugar is produced from protein. The body will greatly increase its production of ketones shortly after it starts burning more fat. Ketones are produced in the liver from acetyl-CoA, which forms during the breakdown of fatty acids. Almost all body cells can use these ketones for energy. After an adjustment period of 2 – 5 days, the brain can also use these ketones for up to 80% of its energy needs. Excess ketones cannot be stored in the body and are discarded with the urine. Their presence can be monitored with test strips. Excess ketones will also be released over the breath, causing the breath to smell like acetone. The term ketogenic diet means a diet form that produces ketones which are traceable in urine. This metabolism change to fat and ketone use is a normal process that ensures survival during any fasting period. This physiological ketosis should not be confused with the ketoacidosis, a life threatening complication of diabetes following severe hyperglycaemia. A light ketosis, in which ketones provide energy for the brain, is a fully normal, harmless process that has occurred over millions of years whenever few carbohydrates were available.

Insulin and tumor cells
…An important advantage of a low carb, high fat/protein diet is that it prevents surges in the blood sugar level. This means that hardly any insulin is released. Insulin not only helps to transport sugar into the cells, but it also helps many tumours grow. A low insulin level means less growth stimulation for these tumor cells. …

This website uses cookies to improve your experience while you navigate through the website. Out of these, the cookies that are categorized as necessary are stored on your browser as they are essential for the working of basic functionalities of the website. We also use third-party cookies that help us analyze and understand how you use this website. These cookies will be stored in your browser only with your consent. You also have the option to opt-out of these cookies. But opting out of some of these cookies may affect your browsing experience.
Necessary Always Enabled
Necessary cookies are absolutely essential for the website to function properly. This category only includes cookies that ensures basic functionalities and security features of the website. These cookies do not store any personal information.
Non-necessary
Any cookies that may not be particularly necessary for the website to function and is used specifically to collect user personal data via analytics, ads, other embedded contents are termed as non-necessary cookies. It is mandatory to procure user consent prior to running these cookies on your website.
SAVE & ACCEPT